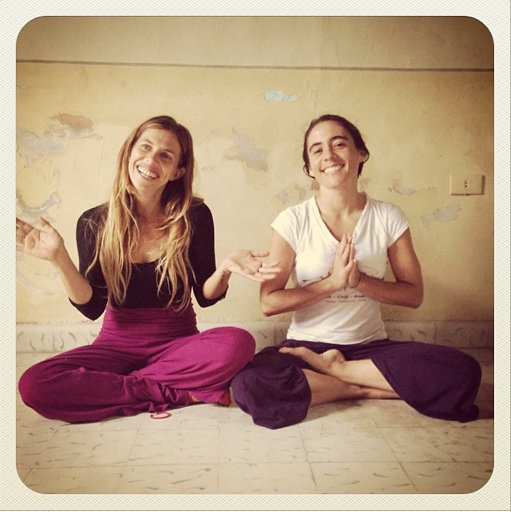 I’ve always had a hard time with commitment. My girlfriends would disagree, given my history of serial monogamy and their collective narrative of flitting from stamen to stamen. But that’s a different story. I’m talking about commitment to the maintenance of the temple that is my body.

As a younger-than-I-am now person, staying in shape was a non-issue. I’d play kick-the can until I threw up. Would bust a lung trying to race my brothers down the ski hill. Joined any team that would have me. Then I discovered boys, or one in particular, and my activities narrowed dramatically.

In my 20s, I stayed fit because I was vain, pure and simple. I was never much of a runner, moving more like Forrest Gump than Flo-Jo, so my fitness regime in the 80s involved leg warmers, headbands and a lot of uncoordinated moves to Donna Summer. When the feigned excitement of that waned, I joined a mixed baseball team where I was more interested in flirting with my next boyfriend than I was with nailing a line drive to left field.

One starter marriage later, I found myself in a relationship with someone who worshipped the temple that was his body. Which definitely had its upside and it got me working out at the gym, lifting real weights, with real muscles that I liked to baby flex in the mirror when no one was looking. But the thing is? As much as I loved how working out at the gym made me look, I really hated being there. It was kind of lonely. After my boyfriend showed me what to do with all that torturous looking equipment, I was left to my own non self-motivating devices. And although I never became one of those women who reads an entire book whilst ‘running’ on the treadmill, I did lose interest. Also the boyfriend so maybe all in all a good thing.

I can’t recall exactly when I went to my first yoga class but it was definitely before it was a runaway trend train. No one would be caught dead wearing yoga pants in public, and there was only one kind of yoga – really effing hard. I think it was called Power Yoga but I don’t really remember because I was too busy trying not to die. I do remember thinking, “If I ever get through this I will never mock a yogi again.” It took me awhile to go back to yoga after that but when I did, lo and behold it had become a lifestyle. And I was actually starting to speak the language.

But here’s the thing. Even though I began to enjoy yoga, the variety of classes, the dedicated instructors, the friendly vibe, the beautiful aesthetic, even the OHMs, I still had a hard time really committing to it. Until I had a rock called cancer dropped on my head and life became all about the busted up temple that was my body.

I got into yoga pretty seriously after that, preferring the more meditative varieties. For the first time ever I realized for myself that the spiritual aspect of yoga was as powerful as the physically challenging aspect. I just felt good, and I didn’t have to compete or keep up or do a wall free head stand all on my own. I had help, and as someone who lacked the ability to use that 4 letter word, that was a pretty enlightening environment.

Yoga came in and out of my life over the next 5 years. I beat the cancer thing, built a successful business, got married, brought home a dog – and through it all I’d join various studios, trying to find my people. I finally got it – yoga was about connection for me. To myself, to others, to my environment, to my world.

As a foreigner on sabbatical in Mexico, yoga has become my lifeline. It’s given me a place to belong, and a reason to get my ass out the door at 7:30 every morning. Our maestra Tilo, emanates an energy unlike anything I have experienced. The lovely Juanita is as lithe and winsome as they come, and has a way of making me feel I am the same. Paula is a dancer, strong and graceful while Jorge has me holding his ‘mas tiempo’ poses with everything down to my toenails. But when he says in Spanish “put your hands on the ground like stars and feel the earth with your heart”, I can’t help thinking I’m exactly where I need to be. 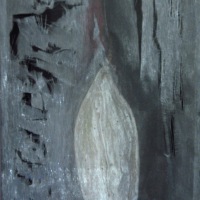