What torture lurks within a single thought…”

I could have stopped reading then, so emotionally charged was the first line of ‘A Fixed Idea’, by Amy Lowell. With those seven words I felt exposed and had to read on; to discover where her torment lay, what lay heavy upon her life.

When my own body stills at the end of a day, my mind does the opposite, refusing to give in to the night and its requisite expectation of sleep. Has it always been this way? I remember being very young and afraid of the dark for a time, a nightlight in the corner of my bedroom glowing like a monster with one eye. Then later, much later, a year of insomnia took root from a cloven heart; I would lie awake and look out my apartment window, at all the other darkened or empty apartment windows, and whisper to myself, “There is no one out there for me”.

You lie upon my heart as on a nest,
Folded in peace, for you can never know
How crushed I am with having you at rest
Heavy upon my life…”

Years later, it was the thought of death that kept me from sleep. My own death of course, because it seemed the most pressing. My doctors told me I wasn’t going to die, but my mind chose an alternate reality, convincing me I surely would, because others had. To combat my own internal Godzilla vs Mothra, I’d imagine a ball of light entering the top of my head and moving through my body, banishing sinister cells through the sheer power of it’s illumination.

You bind my freedom from its rightful quest.
In mercy, lift your drooping wings and go.”

0 comments on “Sleepless in San Sebastián” 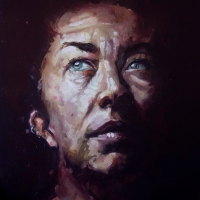 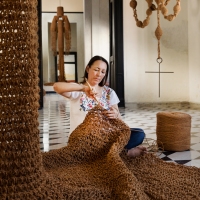