Tell people that you are having a baby, starting a new career, getting married, taking up ice climbing, running a marathon, studying to be an iguana trainer and they will all say ‘How fantastic – congratulations!’ But tell people that you are getting off the hamster wheel, selling everything and moving to Mexico and the collective response seems to be…
“But what will you do?!?”
I happen to think that regaining my sanity, my health, my sense of humour and my joie de vivre is ‘doing’ something in spades, but I now realize it’s all a bit ‘nothing’ in our fast-paced, accomplishment-driven society. Which is why I’m doing it. Nothing I mean. And moving to Mexico.
I like Mexico because they like to do things a bit differently down there. For one, they move more slowly. Partly because it’s hot. But mostly because they get distracted by the little things in life – like stopping to chat to an old friend on the street, then going for a coca cola instead of the meeting they were headed to. Or popping in to see if the old abuela across the street needs anything from the market. It’s frustrating at times, when you are the one at the other end of the meeting agenda, but after awhile you find you are doing the same. And no one thinks lesser of you.
What I have noticed about this culture is that they spend their time doing the things that give them joy. I suppose that is why they refer to retirement as ‘jubilado’, or ‘jubilant’ in English, which needs no explanation although ‘exultingly joyful ‘ comes to mind. In our own less passionate language, ‘retired’ is defined as 1. Having left one’s job and ceased to work or 2. Quiet and secluded; not seen or frequented by many people. As I’m doing neither 1. or 2., I think jubilado suits me just fine.. Or in my case – jubilada. Which brings me back to that pesky, puzzling and self-esteem denting question…“But what will you do?!?”
Although I am not sure what I will be doing down the road, I can tell you what I won’t do.
I know I am my own worst enemy when it comes to this doing nothing stuff. I’ve already started to get a bit twitchy and wonder at what rate my brain cells will start to dissolve, now that I am not multitasking like a demon or working 12 hours a day, 7 days a week. So I am trying to get into a new rhythm, a new mindset. One that is less about what I did today and more about…did I do today what I enjoy most in life.
Right now that means leisurely coffee in the mornings, reading the paper, maybe breakfast at the local diner, a great yoga class, lunch with someone interesting or fun, walking my dog, cycling for groceries, writing, working around the house and garden, reading, studying some Spanish, making plans with friends, collaborating with people I like to work with, planning and cooking a great dinner, hanging out with my husband and best friend in life.
The way I see it, my job will be to leave enough space in my life for something to happen. And trust me, when you’ve been a do’er all your life, that’s a tough gig.

3 comments on “The art of being jubilada”

Found this image as I was cleaning up my computer. I took this of our neighbors little girl shortly after we moved to Merida. Crista’s older sisters would come over to borrow books and put music on their iShuffles that we bought them - favorite bands were Queen, Blondie, Led Zeppelin - surprising choices for 12 and 14-year-olds.
Seems metaphors are everywhere #thatslife #socloseyetsofar #pointofview
It’s been so smoky up here in Alberta and BC…the stunning vistas I longed to see were hidden from me. So I decided to look down #artiseverywhere #ohcanada
After 33 years, I still love working with this guy @rickokotovich 🔥 Great first 2 days back in Canada 🧡 #liveyourdream
The diner. Waiter, cook, busboy, owner. Perfect breakfast after a 5 am wake up call #ohcanada🇨🇦 #dinerdeluxe #baconandeggs
This popped up today in my feed which made me laugh as I can SO remember that jacket...lost in the neutral beauty of the black and white image, it was an acid green, raw silk dream with silver mouse buttons, I kid you not. Complete with shoulder pads and slit sleeves, they could have cast me in Dynasty (for you Linda Evans nostalginistas). Sometimes you just have to look back and smile 🐁🐁🐁 #throwbacksaturday 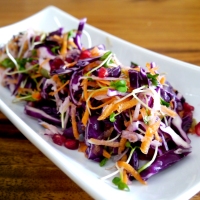