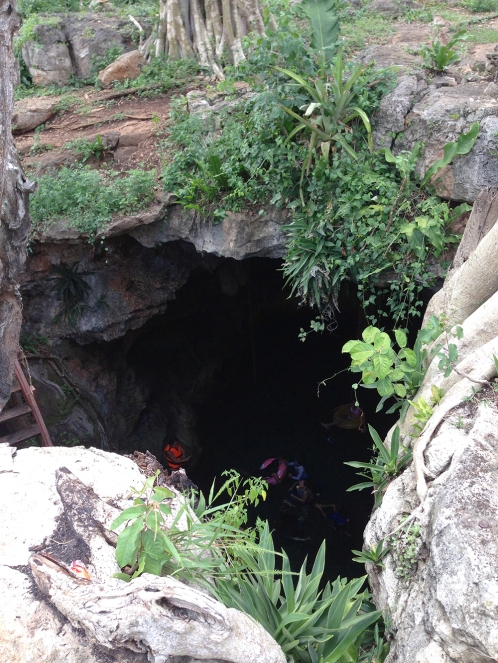 Who knew what beauty lay beneath…

This cenote at least had a set of stairs; some are just a hole in the ground with a rope descending into the unknown 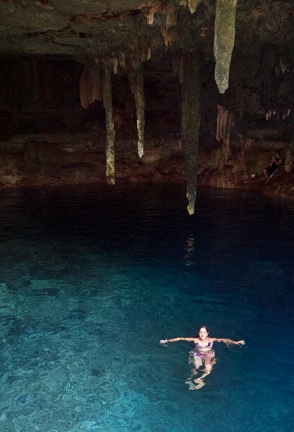 Preparing for the ‘big’ dive 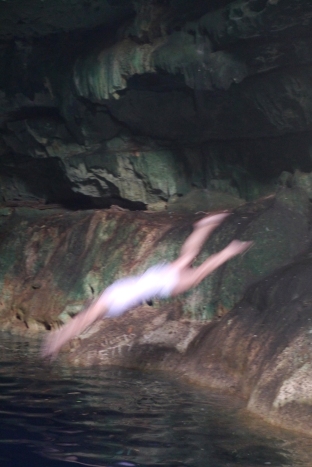 2.0 from the Serbian judge 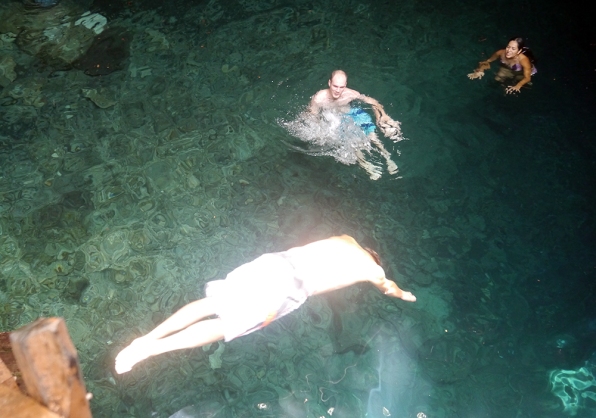 The Yucatan Peninsula has almost no rivers and only a few lakes but—it has cenotes. Thousands of them.

Cenotes have been around since that giant meteor crash-landed in Chicxulub and wiped out all the dinosaurs 66 million years ago. Since then, the locals have been using cenotes for various things, like human sacrifice to the rain god Chaac, hiding out from the murderous Spanish, as a gateway to the underworld etc. I know this because we had an archeologist with us on our secret tour and she knows some shit, let me tell you. So we headed out from Merida on a beautiful Sunday morning hoping to find nirvana.

Friends Martin and Cinthia were our tour guides. Martin is from Belguim, speaks 5 languages and travelled here 6 years ago when he was 23. He fell in love with the Yucatan, and with Cinthia so it seems, and now calls Merida home. Cinthia is from Guadalajara, and when she isn’t on archeological expeditions, she rents vacation homes to snowbirds. At dinner one night Martin promised to show us his secret cenote so this was the day.

We headed out toward Uxmal and hung a left at Hacienda Ochil. From there it’s a blur because I am very bad at remembering directions and Martin drives like a maniacal European who thinks he’s on the autobahn so I was mostly concentrated on not running over hapless villagers on rickety bicycles loaded down with firewood.

The closer we got, the narrower the road became until finally it wasn’t really a road per se, it was more of a goat trail. As we rounded the last bend we came upon it—a small clearing with half a dozen cars. So much for the secret part. Nonetheless, it was magical. We had to navigate a steep set of stairs to reach the sinkhole, and once down there, we saw the tiny crowd dispersed amongst the magnificent stalactites dripping from the cave. The water was crystal clear and begging for a cannonball. Martin climbed 40 feet back up to the entrance and jumped in. I swam over to the inside rocks, climbed up a mere 5 feet and did what I thought was a stellar dive. Unfortunately I hit the water face first rather than hands first and now have a black eye to go along with my inner tomboy. Guess I need a little practice poolside before I embark on my next great cenote adventure.

5 comments on “In Search of the Secret Cenote”