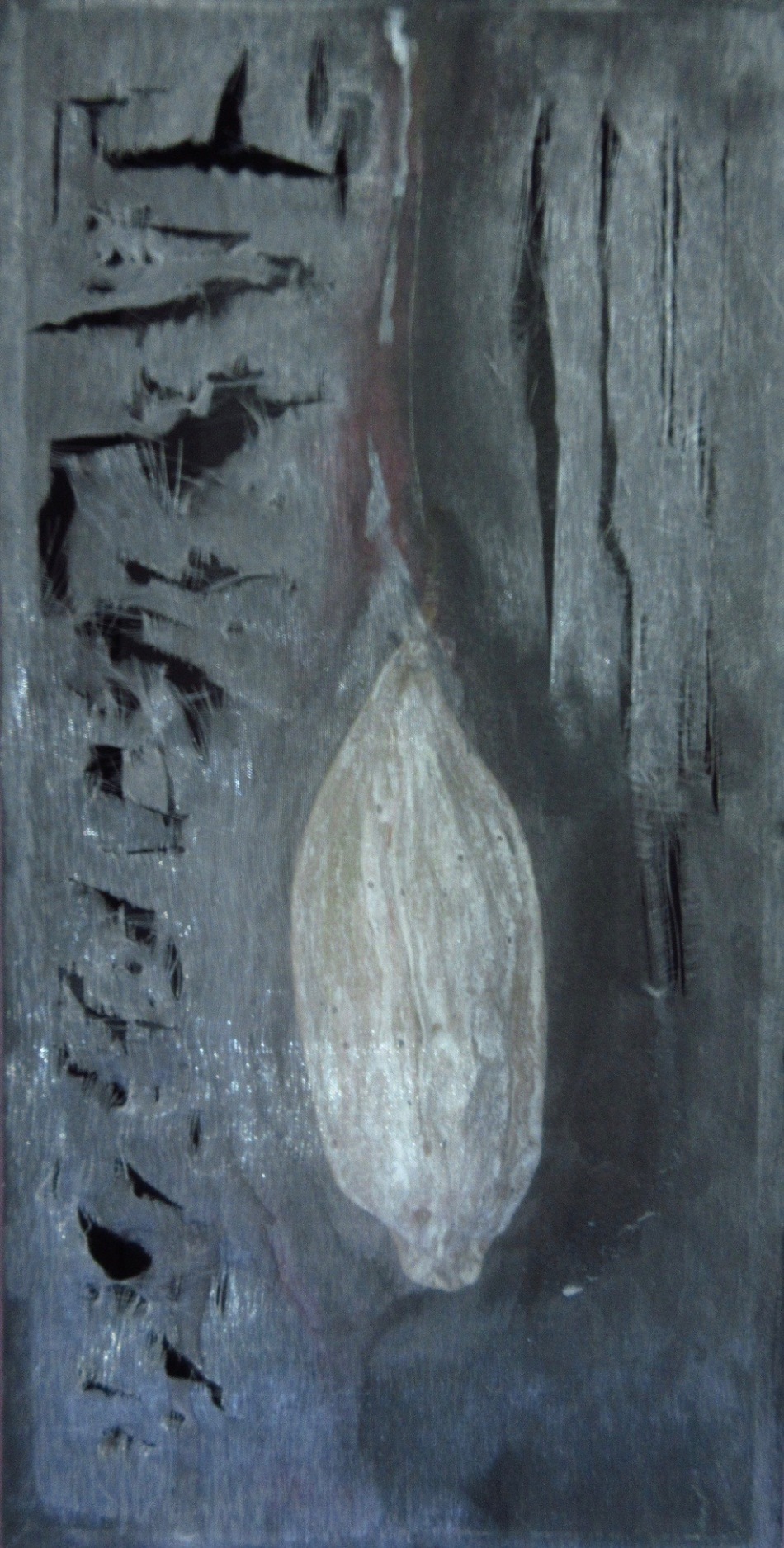 When I first came to Mérida in March 2012, it was simply to check out the place. I was selling my business and looking for a new challenge. Ten days later my husband and I bought a 100-year old colonial in the Centro Historical district of a city I’d only just met. Sound familiar? That’s how it works here sometimes—Mérida casts her spell and ‘ya está’! You’ve given up your old life for a shiny new one. It was on that trip that I first encountered the work of Lorraine Toohey, a fellow Canadian and former teacher who had also succumbed to Mérida’s charms. Lorraine had fallen in love in more ways than one, and moved from Vancouver to start a new life in Mexico. I discovered her tiny house and gallery only blocks from my new home, and liked her work so much, I took two pieces back to Calgary. It wasn’t until I came to Mérida six months later that I actually met Lorraine—artist, Buddhist and kindred spirit.

Where did you study to become an artist?

I received my BFA from the University of Alberta with a major in sculpture. It was a great school and I studied under famous sculptors like Anthony Caro, a key figure in contemporary sculpture for half a century, and Peter Hide, another British-born abstract sculptor known for his works in welded steel.

Edmonton has always had a very vibrant art community, especially in steel sculpture and after I graduated, I had a studio downtown for a while. It was during that time I was invited to a workshop by Caro in the UK and another in NYC before life took over and I had to get a real job. I was now a single mom with a young son so I went back to University to get my degree in Education. When I graduated, there were no jobs so I moved to Vancouver where I started teaching. I was the department head of Visual and Performing Arts at a high school and I really enjoyed that work, until I didn’t (laughs).

As a single mom and full time teacher, how did you fit your artistic practice in? 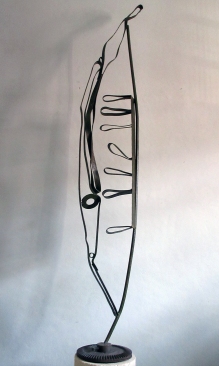 I couldn’t afford to rent a steel studio so mostly I worked in the classroom environment, in different mediums. My work took a backstage at that time because of my commitments but I tried to keep my hand in things.

When did you move to Mérida?

As a teacher I often travelled in my two months off and came here for the first time in 2001. Several years later I decided to take a leave of absence and rented a little apartment in Mérida. My son was grown and I just wanted to make art and like many people, fell in love with the place. I bought this house the next year and it was a total dump, so I’d come back in the summers and oversee the work until it got to the point where I could move in.

When we first moved here, we were told the Yucatecan community is quite closed—that it’s hard to ‘break in’. How did you find it as a single woman, an artist, an extranjero?

Well, I certainly didn’t know any other extranjeros but early on I did meet Miguel Angel Reyes who was an important printmaker and artist. He became one of my very first friends and introduced me to many people. I also made a commitment to learn Spanish because it can be really isolating if you don’t speak Spanish. I travelled in South America for years, which helped. Being a part of the art community also helped. But for sure, Miguel was my door opener and I was very sad when he passed away a few years ago.

How have you seen your work evolve, and does it have to do more with the place you’re living in, or the place you are in your life?

It’s more the place I am in my life. In Edmonton, the sculptural community was very macho which I didn’t recognize until I was away from it. My work now is more reflective of my interest in nature, in organic natural forms, the places I’ve travelled to and my own physical and spiritual body and how they relate to the world. Containment has always been an interesting sculptural idea to me…are we keeping the inside in or the outside out? For me it’s both, and I’m continuing to explore this theme.

You’re a practicing Buddhist – how has that influenced your work?

I think it influences more how I work than the work I create. In Buddhism we talk a lot about smoothing over the need for outside stimulation so I spend a lot of time alone and am very comfortable with that.

When I went to Sri Lanka last year I did a 5-day silent retreat in the mountains above Kandy and it was a beautiful experience. Everything was done in silence, which was awkward at first—I’d slip up sometimes and talk to the cat. At the same time it was liberating because I’m actually quite shy in groups and not having to speak to anyone was almost a relief.

So at the end of 5 days did you have one of those Elizabeth Gilbert ‘Eat Pray Love’ moments?

I felt so calm that the tuk tuk and long road back to civilization were almost an assault on my senses. But as Buddhism tries to teach us, living up on the mountain isn’t the goal. It’s living mindfully in the valley and visiting the mountain once in awhile when you need to. Sometimes my artistic practice is a valley, and sometimes it’s a mountain. I accept the process of art-making as, at times, difficult and frustrating and at others, thrilling and deeply satisfying, but it’s all necessary and I’m content with that.

Once again, the Merida English Library will host a one day open studio tour of over 25 national and international artists with studios in Merida. This self-guided Artist Studio Tour takes place on Saturday, February 18th, 2017 and is a unique opportunity to meet and talk to artists like Lorraine Toohey. Visit the Merida English Library  for more information on the artists and details on the tour. 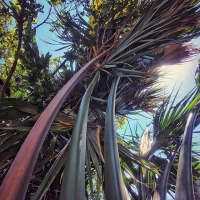 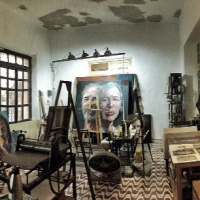