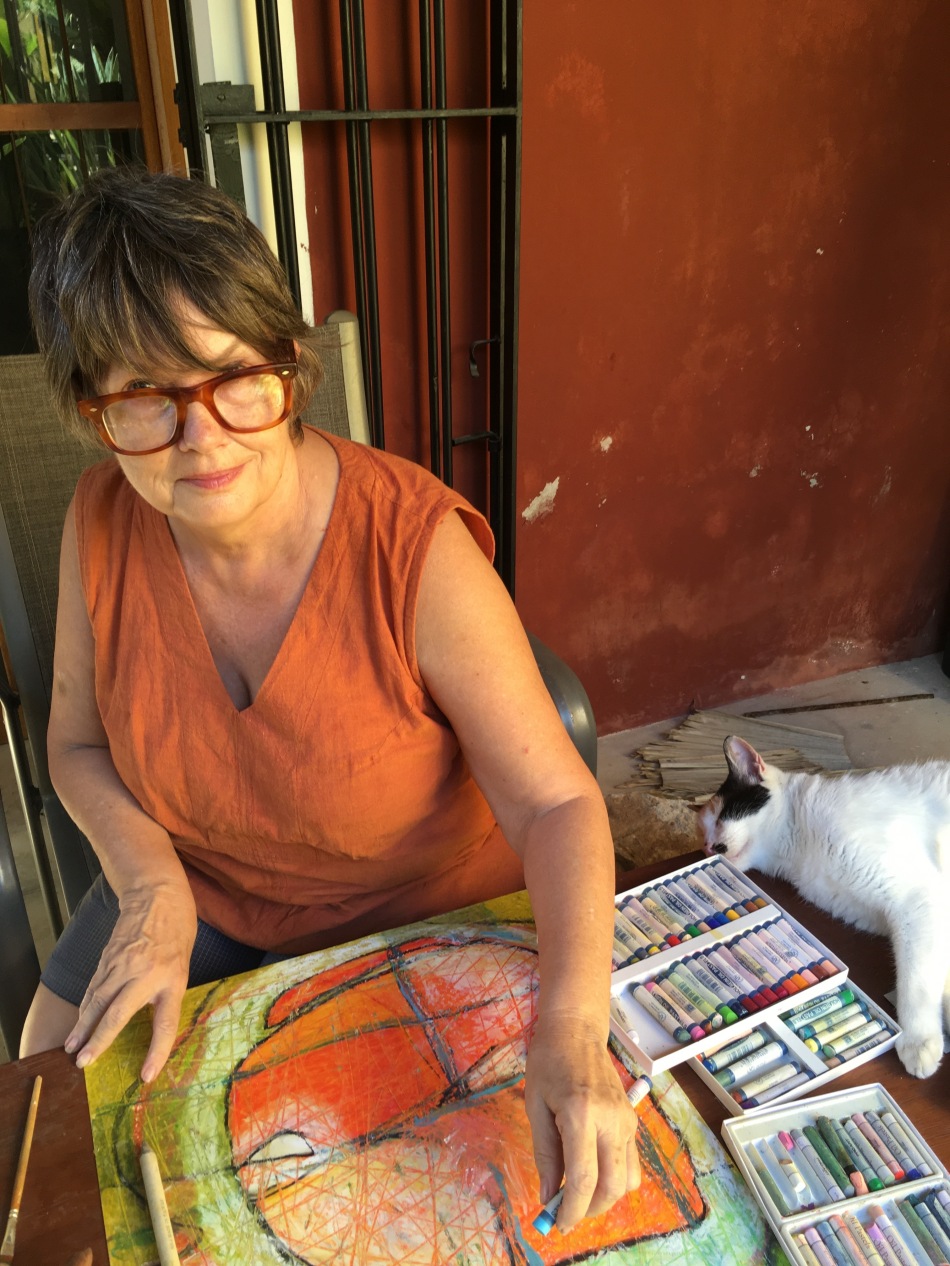 It’s a long way from Jackson Mississippi to Mérida Mexico, the ‘southern’ city Eck Follen now calls home. Her career as an artist, teacher and entrepreneur had humble roots. “In the girls dorm of a Presbyterian college”, Eck shared when I asked her where it all started. “We studied painting and drawing and polite lady art, which I had no interest in.” Instead, Eck flourished in hotbeds of creativity more liberal than her origins, ultimately becoming a sculptor. With furniture as her focus, Eck found her passion in wood and metal, exhibiting in galleries and museums from Boston to Anchorage. A few of those pieces travelled to her home/studio in Mérida, and it’s here we talked about her life as an artist.

You started out as a textile designer and then moved to furniture. How did that happen?

“I initially studied textile design but grew frustrated with the medium. On a whim I took a woodworking class and my mind exploded with the possibilities of what I could do with wood, and then metal. I realized immediately I was meant to work in another dimension and did my MFA in Industrial/Furniture Design at Rhode Island School of Design.

Wood is very much like a textile and it felt familiar to me. My mom sewed when I was growing up so I understood the concepts of designing and creating a pattern, and then fitting the pieces together.” She pauses to stroke one of her four cats, curled up on the studio table. “I believe that everything we create is something we already know, deep down in our cells. We are creating what already exists inside us.” 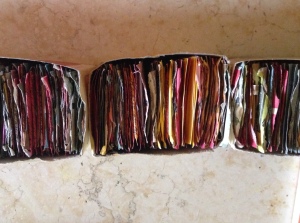 Her studio is filled with blocks of encaustic wax and stacks of oil pastels, in colours that look good enough to eat. Shelves of found objects share space with whimsical sculptures made of unexpected materials. Over here, two Calderesque sculptures of ultra thin dowelling await their next iteration. Over there, rows of tea boxes stuffed with empty wrappers tell a story all their own. “I’m a collector of stuff,” Eck admits as she sees me eying the boxes of discarded wrappers. “I’ve been collecting those for years—my life in tea,” she laughs.

You seem to have worked in a variety of mediums as an artist. Is there a common denominator in your work? 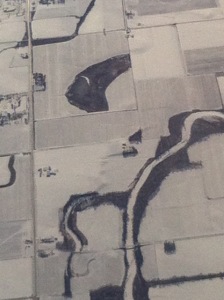 “I would say yes. I have a fascination with line—with the idea that a change in perspective can alter what an object is, and I use line and linear shapes to get there. A three dimensional city on the ground becomes a fantastical linear composition from the air. A flattened metal bucket once again becomes a dimensional object in another medium, all through my interpretation of line.”

And of course the question on everyone’s mind…how did you find Mérida?

“My husband Charlie, who is also an artist, wanted to move to Mexico for a long time but the places we visited didn’t really fit. I think the catalyst was a friend’s 60th birthday party where someone said, “I just love that I’m going to be sitting here 30 years from now, looking at this same beautiful landscape.” That thought kind of jolted us out of our inertia and we became serious about finding a place to live in Mexico. After a trip to Isla Mujeres we visited Mérida, fell in love with the place, sold everything we owned and came here.”

“Very astute,” Eck laughs. “I’m reminded of a friend who’s been a tapestry weaver for 50 years—there is a depth to her work that only 50 years of practice can give and I respect that immensely. I think I would go mad if I did the same thing or lived in the same place for 50 years, it’s just not in my nature. I get juiced up by learning new processes and Mérida has definitely given me that.”

“At this point in my life, I’m creating art to feed my own curiosity,” Eck says when I ask about her new work. “There’s a freedom in not having to placate a gallery or worry about putting food on the table.” She pauses. “That said, there is also a real challenge in having no parameters, but as I think of myself as a math-free scientist, the studio is my lab where I get to experiment, and play.” Eck smiles. “I think people on the studio tour will be surprised by what they see this year, and I’m excited to be a part of it again.”

I can’t stop touching things as I move around the room, her studio an obvious place of play and experimentation. “Play is an underrated art form,” Eck tells me, “and one of those words that has become derogatory, as in ‘if you’re just playing, you’re not really serious’. My philosophy is that play is close to child-like and child-like is close to wonder, and wonder is where you discover things. Living in wonderment is a very pleasant state to be, and at this stage of my life, it’s where I choose to live.”

Eck is one of over 25 artists featured on the 2017 Merida Artist Studio Tour on Saturday, February 18th. Visit the Merida English Library for more information on the artists and details on the tour. 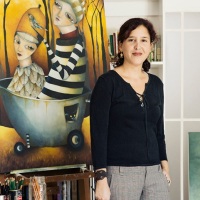 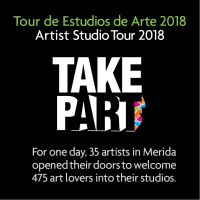